Primary Ka Master District News Channel
Open Letter to Government
Sub: Why NPS should be scrapped and OPS should be restored.
As Government pointed out in their earlier letter No. F.No.-FX- 11/25/2020-PR Section Dated
09-02-2021 about the "rising and unsustainable pension bill" and said that "the Government had
made a conscious move to shift from the defined benefit, pay-as-you-go pension scheme to
defined contribution pension."
Employee's Persuasion:
There is complete Mis-calculation done by the OPS scrapping committee
1. Number of employees are not increasing as per OPS scrap committee calculation provided
to government due to privatization of department, outsourcing of government services and
computerization of various government process. Due to which in Fund Expenditure in pension
bill will be very less as predicted by committee
2 CAG's Performance Audit Report on "National Pension System' presented in Parliament
dated 23-09-2020 also highlighted various implementation issues even after 15 year of its
implementation
3. Second National Judiciary Appointment Committee (NJAC) reports press release dated 06-
02-2020 it recommend to discontinue the New Pension Scheme (NPS) which is being applied
to those entering service during or after 2004. The old pension system, which is more beneficial
to be revived for their employee. So it is highly object-able that Pension rule for Judges is
different from other Government employees.
4. New pension Scheme doesn't provide minimum pension guarantee comparatively last basic
salary after service years. Same time it has no effect of inflation, which will be very
impractical as value of money decreases after a particular time but employee has to be depend
on same pension.
5. Government Employee is categories the employee like Judges/Army and Some State
Government who are providing Old pension scheme. So it is like dual standard with employee,
6. One side Government providing training about NPS and its benefits other side MP, MLA
and nominated Members are not being imposed by NPS on self. Which directly shows double
standard
7. Fund invested in NSDL is highly uncertain, which may effect all government Employees.
8. Recently Ministry of Personnel, Public Grievances & Pensions issued press release dated
18-02-2020 says Central Government employees selected for appointment before 01.01.2004,
but joined service on or after 01.01.2004, can now opt to be covered under Central Civil
Services (Pension) Rules, 1972 (OPS). So this prove that conversion of NPS to OPS is viable
solution.
9. Employee at various State services and Central services are anguished over NPS and
protesting against NPS due to pension getting under NPS is very low and insufficient. Which
will effect productivity of employee as well as HDI of crores of citizens.
10. Same time life expectancy after retirement of government servant is less as per various
report published
So it is requested for the welfare of the employee kindly restore Old Pension Scheme
Prepared by
Rajendra Prasad (North East Media) 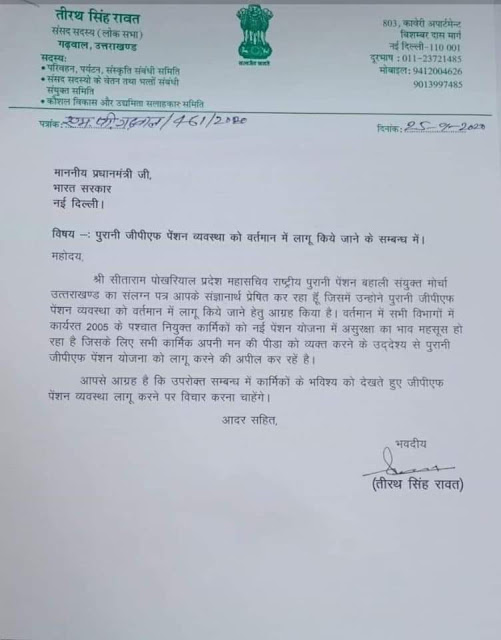 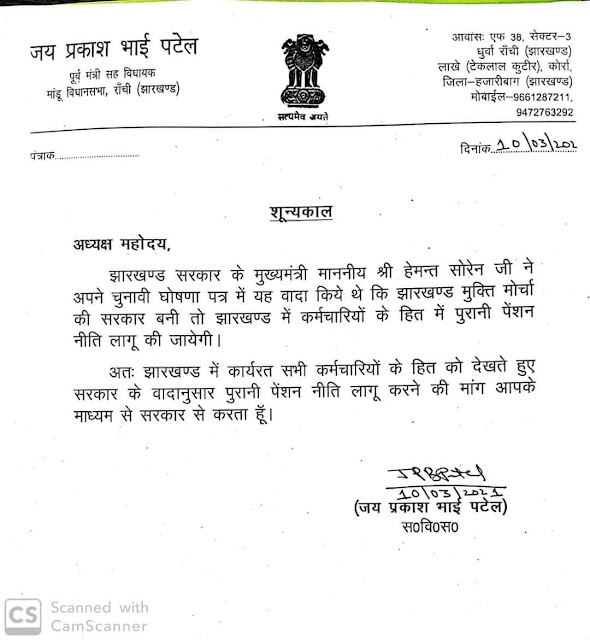